After the release of Mass Effect: Andromeda, many speculated that Bioware had one more chance to get us back into the fold. As a fan of Bioware, I was disheartened by not only Andromeda as a Mass Effect game, but also as a fan watching the world take their deserved shots at the company. Andromeda, in the same vein as a Mass Effect game, did not hold up to my expectations and it felt like a terrible chapter for the company. Anthem needed to be a new bench mark. Anthem needed to show gamers that Bioware is to be taken seriously.

The demo didn’t do that.

I was completely discouraged after attempting to play the Anthem demo during the VIP session. I preordered the game the moment presales were available, because I just knew that Bioware is a developer that you shouldn’t sleep on. However, the technical issues and all around buggy feel of the game left a terrible taste in my mouth.

Now, I know that early models of games are going to have problems. That’s the whole point of having people BETA test games. The problem that I had with this situation was that it was advertised as a DEMO of the game for people that wanted to preorder it. This lead me to believe that this was a reward for fans of Bioware who believe that they can be redeemed. Before we even had a chance to play Anthem, we knew that they were going to make something worthy of our hard earned money, and therefore, we were willing to give them our money early in order to have no delay when the game finally releases. As a reward, we were given a buggy and early model of the game that was riddled with server issues and general missteps. To make matters worse, the open DEMO of the game that came out just a week later, ended up having little to no issues. The basic message, even if it wasn’t there intent, was that if you paid us early then you get a worse experience then those that couldn’t care less about your success. It was basically our fault that we paid early.

With that being said, I still saw the potential that this game could have. When I could actually play the game, I had a ton of fun. The flying was by far the best flight simulation that I had ever experienced in a game. The shooting brought me back to Mass Effect in ways that I wasn’t aware I missed.

I had to look through the muck, but I eventually found what they were trying to do, and I was on board.

Since last Monday was a Federal holiday, I was greeted with a rare day off of work. I was pacing around my house in an attempt to find something to do when I remembered that EA was allowing members of their EA Access to play Anthem a week early. Now, normally I would be completely against these money grabbing tactics, but I was weak. I needed to see the full version of this game, and in reality…it was only $5 to find out. I am well aware that I am the reason that they keep doing this. However, last night I cancelled my subscription since the game was releasing today and they gave me a full refund. So I paid nothing for early access! Don’t tell anyone…ok? 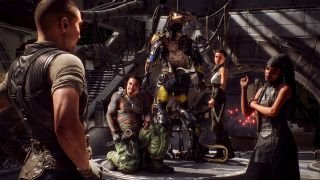 What I experienced from about five hours of game play made me, once again, have faith in Bioware. Each character that I encountered made me even more invested in the world. I felt myself getting pulled deeper and deeper into the lore and I just wanted to learn more. Even though they put a 10 hour cap on my play time, I felt like my time was well spent just reading codex pages and listening to people’s stories.

Outside of the story, the combat was fun and inviting without all of those game breaking bugs. Combating waves of enemies by zooming around the map and engaging them from blind spots made the encounters feel less like a point and shoot, and more like a tactical superiority engagement. 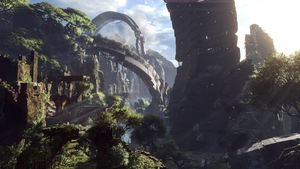 I spent a good chunk of time flying around in the freeplay mode while taking in the wonderous “Avatar” like world. I ran into strange bunny like creatures that were more curious of me rather then scared. After standing still for a set amount of time, they actually would slowly approach me in a group while communicating with each other. It was a pretty amazing experience to have in a game that is centered around fighting waves and waves of enemies.

I see great things in Anthems future. It may have had a rough start, but Bioware seems to have a lot of pride in Anthem and you can see that they want this to succeed. They are rolling out free story content as early as next month and they are striving to be apart of this world for a long time to come.

Have you had a chance to play Anthem yet? I know I have had it on my mind and can’t wait to jump in all weekend….man work is going to be extremely long today.