It has a ton of what I loved about Destiny, but also the same of what I couldn’t stand.

Over the weekend, while I was still refusing to play anymore of Shadow of The Tomb Raider, I decided that I was going to go ahead and download the new expansion for Destiny 2. Now I have played every DLC and expansion since the launch of the first Destiny, but something changed with the release of Destiny 2 and the subsequent expansions that would follow.

Though I was happy that they actually had something of a story in Destiny 2, I felt like the content just wasn’t there. I never had much of a desire to play PVP and the raid was so freaking difficult that me and my friends just gave up after 12 hours of attempts.

*now it wasn’t hard in the sense of combat, it was ridiculously challenging when it came to the coordination that all of us needed in order to progress through a trail. I should also mention that I do not have a ton of friends that still play video games. It makes playing any type of MMO or multiplayer experience a nightmare. I basically had to try out their raid matchmaker, which wasn’t bad, but we got hooked up with various groups that were either not willing to walk us through the raid, or they would not explain situations and would not want to cooperate with us. I would love to one day finish the raids, but I don’t see that happening any time soon.* 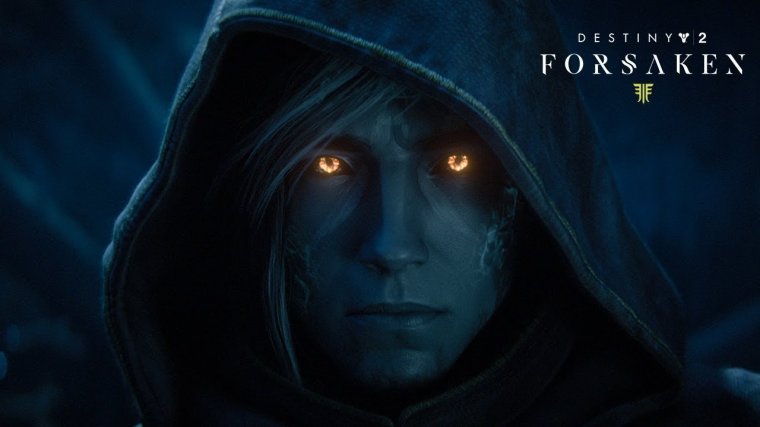 The grind just wasn’t enough for me to stay and the game ended up collecting dust on my shelf for a long time. After I beat the story of The Warmind, I just never felt the need to pick it back up.

That is, until I listened to all of my various gaming Podcasts and heard the glowing reviews for The Forsaken King. I actually told everyone that I wasnt going to play it. I had a pretty big couple of months where I had to spend quite a bit of money and I just couldn’t justify buying a game that I wasn’t completely invested in. However, overtime makes my bank account happy and the extra cash, along with my disdain for Shadow, gave me the push I needed to go ahead and buy the expansion. I bought the game digitally, which meant my wife could now play it for free on her system, and I got one of my friends to begrudgingly buy it as well.

So far, the story has been something that I can’t say for certain whether I hate it or love it. The arc that the story takes right from the jump is interesting to say the least. It takes you on a path of revenge, as you track down and murder everyone that was involved in the death of Cayde-6. I say “murder” because that is basically what it is. Sure, they escaped from prison and are now on the run, but instead of apprehending them and locking them back up, you decide that their actions cannot stand and you need to make sure that they can’t hurt anyone else again. There is even a moment later on in the story where you are confronted with your decision to kill everyone and your ghost has to remind you that you are doing this for Cayde…is it still ok? Well that’s up to you and your morals I guess….I don’t mind it by the way….

Pretty much the same…not much to report.

You can now travel to a new social area on the Reef. This area isn’t the biggest map, but its leaps and bounds better then Mercury in every way. There are a lot more areas to explore, and every variety of enemy is located within the area, however, visually it’s not much to look at. Most of the area is grey and open. There are some areas of the map where you might be able to find a different rock or some interesting flora, but it’s not a drastic change from everything else.

So far, the new expansion has scratched that itch that I was even sure still existed. I enjoyed picking my character back up, dusting off my old weapons, and rebuilding my skills. The level cap was increased to 50 so it really feels like a fresh beginning as I attempt to level back up to max. I don’t know how long I may play it this time. I have no clue if I will makes this a weekend game, or play it every other day, but I’m not going to rush it and I’m just going to try and enjoy this feeling.