This conference was more or less created through emotion and the need to save face from an otherwise horrific year. The conference started out with a pretty cool Augmented Reality teaser of Anthem in which a couple of Javelins take on a giant monster. This made the game feel more and more like a Destiny like creation from the makers […]

This conference was more or less created through emotion and the need to save face from an otherwise horrific year.

The conference started out with a pretty cool Augmented Reality teaser of Anthem in which a couple of Javelins take on a giant monster. This made the game feel more and more like a Destiny like creation from the makers of Mass Effect and I couldn’t be more excited for it. Bioware has a lot to make up for after Andromeda, but I don’t think they are down and out yet.

Of course, you can’t have EA without some releases of Madden or FIFA and you could see that they are continuing to push the campaign story line. It seems to be pretty popular, but it just doesn’t interest me…

They started to address the issues with Battlefront 2 and promised to be better. They revamped the progression system and made the only things that you can buy be the cosmetics. What I found odd during this portion was how they tried to make it seem like they are on the fore front of society by stating that their games will not have loot boxes or premium access, which caused the audience to go nuts. It seemed like people just forgot that they were the ones that caused all of these issues. I wished that I could have just seen the crowd stare back at them and just nod like, “Yeah…no shit.” 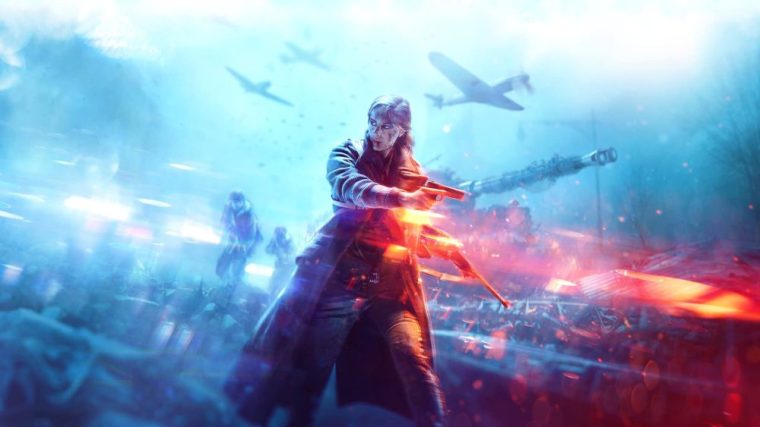 Unravel Two was announced and released on the same stage which made me extremely happy! I was a huge fan of the first Unravel and it’s awesome to see the game back in action. It seems to be another heart warming story that will take me on a visual adventure and hopefully tell me more about Yarny. I was refreshing my Xbox app every few minutes after the announcement in order to go ahead and download Unravel Two…I imagine I will have more to say about this in the coming weeks.

They ended the show with a deep dive into Anthem and I could not be more excited for this game. It seemed like what Destiny was meant to be, but could never become. It’s story driven when you are playing by yourself, and action packed when you are with your friends. I love the fact that you can switch out of different Javelins in order to try out different scenarios, even though I might just stick with the Ranger class. It was an all around Javelin, and seemed like it was going to be a great way for me to learn all the mechanics of the game. After the new trailer, they had the lead designers on stage to talk about Anthem in greater detail. KC Hudson, the lead designer of the Mass Effect trilogy, and now leader of Anthem, was on stage to answer questions from fans on Twitter. It makes me want to play the game even more now that I know there will be some Mass Effect influences in the game. I hope that we can look forward to some amazing dialogue and some heart wrenching story sequences.

All in all, I’m excited for the direction that EA is going in. Even though they caused some major issues though this past year, I feel as though they are going to stay away from the Pay to Play model and hopefully give us what we have been asking for.

What did you think of the show? Anything that you are excited for? Are you going to play Anthem and forsake all other responsibilities?

As always…Thanks for your time!