First of all, I would like to just thank all of you that have stuck with me while I work out some of the major changes in my life. Since I started this blog, I have gotten very encouraging words from fellow writers and have participated in some great challenges that have helped me to continue developing as a writer. […]

First of all, I would like to just thank all of you that have stuck with me while I work out some of the major changes in my life. Since I started this blog, I have gotten very encouraging words from fellow writers and have participated in some great challenges that have helped me to continue developing as a writer. I have always had a passion for writing, but never had the proper outlet after graduating from college. Thanks to the uncontrollable urge to write and my love for video games, I felt like I could write my experiences and feelings towards different topics and hopefully receive some incite on how to do it better.

However, with life breathing down my neck and various life changing events happening all within the past few months, writing has had to take a back seat.

So far, I have gotten married, worked longer hours, helped rebuild areas of my parents house, spent long and cold hours working on my car, and spent roughly three months looking for a house. This last month, we actually found a house, got it inspected, got it appraised, performed many walkthroughs, and we filled out the mountain of paperwork that is required for a VA loan. We are on track to close at the end of this month, so hopefully this nightmare will be behind us…at least for the next five years.

What I am saying is this…I need my outlet back. I need to be able to write more in order to calm my nerves and help me refocus.

Whenever I have a ton of events and appointments stacking up, I am going to try and write in order to clear my head and just relax.

So…what do I write about?

How about what I am currently playing?

I have been playing Xenoblade ever since it came out, and though I had a great love for the game, it seems as though the honeymoon phase is warring off. I have gotten to the point where the game just isn’t as fun as I remember. Though I have gotten a hang of the combat, even the strange Break-Topple-Launch-Smash mechanic, the fighting has become way to predictable and I’m no longer impressed with some of the monsters that I face. Recently, I was trying to find a unique monster to fight in order to power up one of my blades. I searched all over this area and eventually found it as it came shooting out of the water. This moment actually did take me back and I remembered just how cool the game can be. This feeling was short lived after I found out that even though our power level was the same, this monster had the ability to wreck my world in a matter of seconds.

What I am realizing is that I had more fun playing the main story and not getting lost in the many different side quests. Though some of these are pretty interesting and can grant you access to pretty awesome blades, these awesome quests are pretty rare. Most of the side quests that I have encountered are your run of the mill “fetch me this random thing…because….I said so.”

I decided that I was going to just play the main story and just forget the side quests for now. I feel like I am way over powered for the main quest line, and now I should be able to just sit back and enjoy the rest of the story. Maybe I will pick it up again in a year or two, and then I will try and beat everything that the game has to offer…maybe not.

Though I am not a fan of the multiplayer aspects of Call of Duty, I still like the campaigns. I have played every Call of Duty campaign since the start of the series and I honestly don’t know which one was the bad one. Sure, like most video games, there are some aspects that could be better addressed (like voice acting, situational placements of various key items, bugs and general level design), but I still feel like each story brings something new to the table.

WW2 has been by far the best campaign that I have played in a Call of Duty game. The story feels a lot like Band of Brothers, and I perfectly ok with that. The main character is more real and you can actually empathize with some of the hard choices that he will face. Even the side characters feel like they offer more to the narrative then previous installments. I would truly get upset if I saw an enemy take a shot at one of my guys.

The campaign takes an interesting look at some of the leadership break downs that can exist in war. You had the strong and tough platoon sergeant that everyone feared, but that everyone wanted to prove themselves to, and the fair, but often misunderstood platoon leader that had to make the final call on some of the worst decisions. The leadership plays well off of one another and actually reminded me a lot of my unit when I was deployed.

The combat isn’t as hard as I though it would be since they added the medpack mechanic. No longer can you just run for cover behind a rock or car and wait to recover. Now you have to find medpacks in the area, or you can have one of your teammates give you a medpack once you have killed a certain number of soldiers. This sounds like it should be tricky, but I will always end a level with more then enough reserves. What usually kills me more often then not is the random grenade that I didn’t see coming. 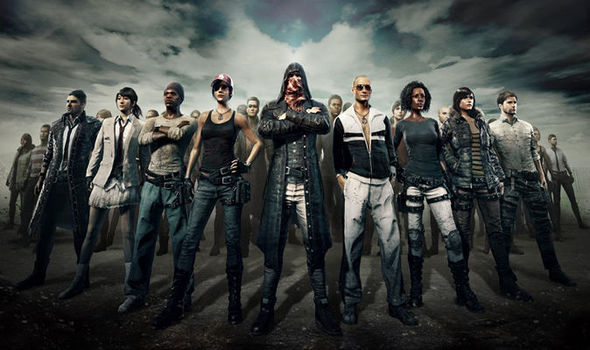 This is a game that I just started playing recently, and that I have not had the ability to put down.

I read all of the reviews, and many of the podcasts that I listen too have not stopped talking about this game, but I was sort of turned off by the visual aspects of the game. It just looked odd and riddled with bugs. If you are going to put me in an all out battle against 100 people then fine, I’m all game, but if I die because I got caught in between a wall and a door with no ability to move, then I will wait for the final product.

What ultimately changed my decision was the price tag. On the Xbox you can buy the game for $30 and when the game is fully finished, you will not have to pay the full $60. I have always wanted to play it and if that means I can play $30 now instead of $60 later, then sure…you can have my money.

After the first match….I was hooked

I can see why this game has become so popular. It unforgiving and extremely difficult, but it gives you that glimmer of hope. It makes you believe that one day…you might just get that chicken dinner. 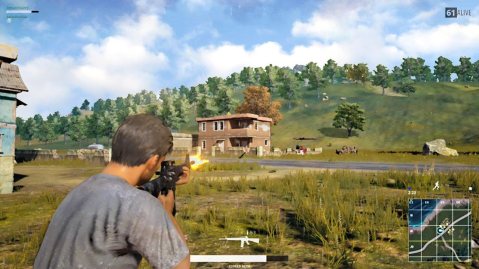 The shooting definitely needs some work. I wish there was a better area that allows me to try out all of the different weapons, but I guess that’s what the trail and error of the game is for.

This game gets my heart racing and adrenaline pumping in ways that I didn’t think a game could do. Being part of the final four is intense and leads to very many choice words when a stray bullet is fired or a random grenade is thrown, bringing that chicken dinner further and further away.

So there you have it. These are the games that I am currently playing and that have helped me unwind after a long day. Hopefully I will be able to write some more and push out some better content. I’m still racking my brain on how I am going to finish my mental break down of Mario. I want to do this series right and I don’t feel as though it should be rushed. Hopefully I will have the next chapter by the end of this week. Till then, stayed tuned and thanks for reading!