Skip to content
Can Ubisoft Be Redeemed In 2017?
Articles

In 1986, five brothers founded a video game company that would one day be a staple brand within the gaming community. From their first game Zombi, made in 1987, to their most recent installment in the Tom Clancy Saga, Ghost Recon: Wildlands, Ubisoft has delighted us with stories and characters that will last for all time. My first experience with […]

In 1986, five brothers founded a video game company that would one day be a staple brand within the gaming community. From their first game Zombi, made in 1987, to their most recent installment in the Tom Clancy Saga, Ghost Recon: Wildlands, Ubisoft has delighted us with stories and characters that will last for all time.

My first experience with this company was with a game called Prince of Persia and the Sands of Time. I sunk more hours then I care to let on into this game. Even though it had an unforgiving platforming mechanic, the game offered you the ability to literally re-wind your game and correct your mistake. Something like this was never heard of and made me wish this type of technology was available before I slammed my controller into a wall after losing every single life on the same level in Super Mario Bros. over and over and over and over. I was at the age where knowing the company that made the game made no difference to me. It wouldn’t be until I started playing Assassin’s Creed that I realized that I need to start paying attention to this company. 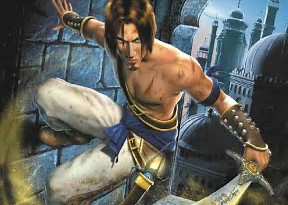 Ubisoft was never afraid of trying out new ways to play in the early years of its company. Some of the most memorable events that I can recall in gaming came from a Ubisoft game. Video games like Ghost Recon; where simply running into an enemy held area and shooting up the place was no longer the best strategy. Rather, taking your time, commanding your teammates into position, and finding your first target was the only way that you were going to make it to the end of the game alive. It was their courage that lead them to be part of the competitive field of gaming.

Ubisoft started partnering with other game developers in order to continue to make even more games for a growing market place. They partnered up with a company known as Crytek in order to fund and publish Far Cry, which to this day has been reinventing what first person shooter games can be and how stories can be told through the first person model. Ubisoft would go on to develop different iterations of Far Cry and would give us some of the most notable villains in gaming history.

So, after all of this praise, and after such a long history of making noteworthy games, what has caused this leader of innovation to fall in the eyes of gamers? It stems from the success of Assassin’s Creed 2.

Ubisoft had just put out one of the best games two times in a row. They took the best parts of the first game and added to it to make a game that reviewers across the spectrum still talk about to this day. Though they had produced and co-developed other games during this time, nothing got as much attention among fans then Assassin’s Creed 2, so much so that they decided that they were not going to let this “cash-cow” go un-milked. They created a new marketing strategy with their shareholders, who are loving watching their stock prices shoot higher and higher, that they will make a new Assassin’s Creed game every year. As a young gamer with my head in the clouds, I found this news to be amazing. I couldn’t wait until they showed off the very next game that would blow my mind. The result, however, was a plague of glitches and save data bugs that makes my skin crawl to this day. Attempting to be Assassin’s Creed 3 was nothing, if not an attempt to break someone’s will as you reloaded the same file over and over in the vain hope that you could reclaim your progress. Which would ultimately result in you having to reload your save file from the night before, and truly ask yourself if you can handle this game mentally. Ubisoft apologized for the state that the game was in and rushed developers to created patches for the game in order to make the game playable. By the time all the patches had come, and the game was playable, I had such a bad taste in my mouth that I couldn’t even stomach attempting to play this game again. I will add that as a sign of good faith, Ubisoft released the first DLC package for free (DLC and patches will be a discussion for another time).

Many of their games from his point on would follow the same formula. They would hype up a game at the different press conferences, they would show off a truly beautiful game with new and iconic characters, they would promise new innovation was right around the corner, and the game would be released with more glitches and bugs than actual working parts. One game in particular caused a lot of gamers to give up on Ubisoft entirely.

At E3 2012, Ubisoft announced Watch_Dogs for the next gen consoles. Ubisoft showed off this impressive view of Chicago and displayed unheard of realism with the way that the world and the people interacted. They showed side by side comparisons of present day Chicago and the game in order to make us believe that we were actually there. I was in line day one to buy this game and was disappointed in what I got in return. The game looked nothing like what they had shown at E3. On top of that, the game was once again riddled with glitches and bugs that made this fluid world feel like a maze of unbreakable barriers and fazed in landscapes. When interviewed about this, the creative director, Jonathan Morin, stated that the CEO of Ubisoft, Yves Guillmot, “forced” Ubisoft Montreal to reveal Watch_Dogs at E3, even though the studio told him that they were not ready. They had been working on Watch_Dogs without knowing what kind of power the new consoles would have and therefor would not be able to create a perfect picture of what the fans would be getting. These were the type of business practices that we as the consumer could look forward to in the years to come. Each game that would be released from Ubisoft would have one problem after another. Each one earning their own personal apology from the CEO and a promise of better times. The latest game that has come out, Ghost Recon: Wildlands, in my opinion, was one of the worst running open world game I have ever played. Within the first few hours of the game, I had two different game breaking glitches, one story bug that caused me and my brother to not be able to finish a mission, and a point where I was unable to exit my vehicle and ultimately having it end up being my tomb. After attempting to enjoy it one Saturday afternoon, I sold it to a friend for $20 (even though I told him how bad it was and how he should not even bother).

However, there is still hope. Last year, Ubisoft decided not to make another assassin’s creed game for 2016, and instead wanted to focus more on development. They have received such back lash from social media and from their shareholders that now they need to take a step back and reevaluate what is most important for their business. Leaks began to surface that they had been working on a reboot to the series, and during the last E3, it showed a lot of promise. They are actually changing the Assassin’s Creed game and implementing some new designs, combat tactics, and gameplay features that makes me very hopeful…cautious…. but, hopeful. They also showed a deeper partnership with Nintendo with a new game called Mario+Rabbids. A game that made me extremely excited to sink many hours into.

If Ubisoft is ready to change up their company’s policies and are ready to put the players first, I am willing to give them another chance and see what they can do. They have had such a good name in the past and are still the holders of some of the greatest individual properties. If they take the time, hire some quality people, and not forget what made them so beloved in the first place, I feel like they will be on top once again.